The commercial and retail hub of Johannesburg CBD

The heart that gives life to the precinct is Gandhi Square.

Originally the site of the town’s first Law Courts, built in the late 1890s and in use until 1911 and demolished in 1948, it was then called Government Square.

The young Gandhi used to have his law offices two blocks away in Rissik Street and appeared as both defendant and accused in the court, charged for calling on Indians and Chinese to burn their pass certificates.

It then became a bus terminus, still its main function today, called Van der Bijl Square. But in time the square became run down, unkempt and dangerous.

In 1999 it was reborn as Gandhi Square, and in 2003 an elegant 2,5m tall bronze statue of Gandhi was unveiled, created by Tinka Christopher. It depicts him with his legal gown caught in the breeze, and a book in his hand, looking into the distance. 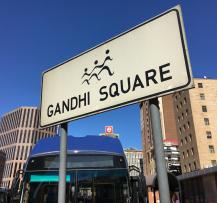 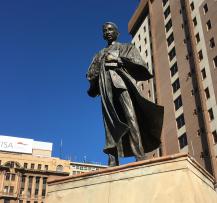 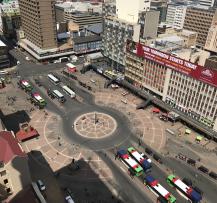 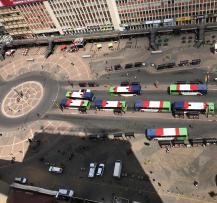 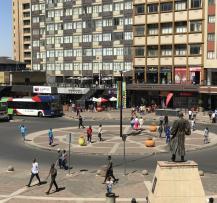 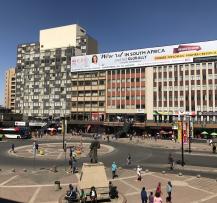